Remember the culture wars in Modern Orthodox Judaism between 1995-2002? The age of Edah, the founding of YCT, the promulgating of the doctrine of mesorah, ban of WPG and furthering women’s role in the synagogue, the decline of the Orthodox Caucus and RCA Roundtable, and the tehillim rallies against the new President. Did anyone record the events week by week? Did anyone produce a book by 2003 delineating the struggle within Orthodoxy?

I recently discovered that the similar struggles within Southern Baptists were immediately documented by Barry Hankins in his well received book Uneasy in Babylon in 2003. The book had several good reviews here and here. His book explains to the moderates that the new conservative forces were not a throwback to some Fundamentalism, and he explains to the conservatives that the moderates were not liberals rather they expected a broad accepting Church.  He explains the differences in various liberal and conservative positions seeking  to inform his readers that they are not all the same. Most importantly, he shows how a leadership role for women was the wedge issue that divided the groups. Let me know if any of this sound familiar in Modern Orthodoxy.

The books starts with the once upon a time story that In 1967 southern Baptists were at ease in their enclave as Southern, Christian, Baptist- subculture “it was the catholic church of the south. ” However, by the end of the twentieth century it was no longer homogeneous (1) During this era there was a grand compromise of placing in control neither right or left. No one was seen as excluded, and their were various emphasis by congregations on mission to others, truth, service, and personal conversion (6)

In 1979, there were conservative appointments that were portrayed by moderates as a start of a takeover- originally seen as mild violation of grand compromise. (7) In the 1980’s conventions and meetings grew n size as each side began to recruit organize and mobilize. Liberals were seen as not believers and conservatives seen as power hungry.  Both sides focus on worst case scenario of the other’s position. (12) Hankins to avoid the conflict avoids using the words fundamentalist or liberals but conservatives and  moderates.

Many tried to tarnish the conservatives as Fundamentalists,  but Baptists were not fundamentalists in 1930’s. They have a denominational independence, they use different terms, are active missions,  (Compare Modern Orthodox vs Ultra-Orthodox split). Conservatives start in the 1980’s with rhetoric that they are the only true church (15) Prior to the 1980’s, Baptists have a negative view of evangelicals as narrow, card-carrying, and anti-denominational. Evangelicals are Yankees, Lutherans, or those preoccupied with Orthodoxy.   (16-17) Yet, by the end of the 1980’s there was a growing sense that they are becoming evangelical, reading Schaffer, and Christianity Today. (21)

Hankins has an interesting point on the difference between those groups like SBC  or RCA/ YU orthodoxy that is full service, in contrast northern Evangelicals and Artscroll/Community Kollel  are interdenominational in their publishing, in outreach work,  in colleges (and yeshivot),  and in periodicals.

The real story starts in 1996 when Albert Mohler takes over the seminary in Louisville Kentucky and turned it sharply right, accomplishing in three years a decade worth of turns. A turn to the right with a speed and velocity that overtook most students and faculty (28, 81) (Was it like this in Judaism?)In 1996, Mohler made women’s issues as the sole litmus test of hiring and firing, it left only a hardline group. Can a women be a preacher? He asked all incoming faculty and he made those faculty sympathetic to women clergy uncomfortable enough to leave. All speakers, authors, and affiliate personal could not affirm women clergy.

Hankins points out, and I have been saying it for years, that you can be hardline without being sectarian or fundamentalist. (or Haredi)  (85) Moderates could get phd but not speak in the university, now one should not read wrong authors in class, guest speakers now needed an ok. (28)

At the start of 1996, moderates called conservatives who didn’t accept critical theories morons. (33)The moderates had a false sense of academic elitism.  They saw themselves as conduits of college and graduate school study but Hankins points out that their sense of themselves was inflated and ideologically driven (Think of the Torah uMadda advocates).In reality these  moderates or liberals faculty were rather conservative by ivy league standards . (97, 104) Moderates say the right as combative in an un-Christian way against liberals, women’s roles, gays, and democrats  (98) This process removed the diversity of evangelicals (104)

The conservatives also started to portray America as a Christian country and to see state, university and media as against religion.  (119-120)

The seminary did not turn for inspiration to the new generation of believing philosophers such as Alvin Plantinga, Keith Yandell,  nor did they turn to Evangelical defenses and rebuttals of historical study.

Albert Mohler embraces post-modernism to argue that (1) truth is not universal or objective but socially constructed, hence one only knows it through the Church (  AB- compare halakhic man’s Kantian constructivism to only knowing the text though mesorah of authorized Rabbis.) (2) There is no metanarrative that all are bound to, so one should accept the  Christian narrative. (3) The text has lost its meaning in Western culture so we can affirm the inerrant Bible without worrying about historical research.(47-48)

The book concludes that no Baptist congregation was ever punished for its stance on women’s leadership or participation, the only ones that were punished were those allowing same sex marriage (226).

After remaking the seminary, between 2003 -2010 -Albert Mohler turned outward and became an outspoken leader in American Evangelical religion whose positions are to the right of his colleges, but this does make him a return to Fundamentalism or superstition.

(Let me know typos in comments and I will correct them.)

Psychology magazine has retrieved the only known recording of Sigmund Freud, a statement in English taken by a BBC crew in December 1938 and deposited at the Library of Congress. This you must hear:

Transcript: I started my professional activity as a neurologist trying to bring relief to my neurotic patients. Under the influence of an older friend and by my own efforts, I discovered some important new facts about the unconscious in psychic life, the role of instinctual urges, and so on. Out of these findings grew a new science, psychoanalysis, a part of psychology, and a new method of treatment of the neuroses. I had to pay heavily for this bit of good luck. People did not believe in my facts and thought my theories unsavory. Resistance was strong and unrelenting. In the end I succeeded in acquiring pupils and building up an International Psychoanalytic Association. But the struggle is not yet over.  –Sigmund Freud.

And  for comparison Rav Soloveitchik

Rabbi Prof. Marc Shapiro on the need for Kashrut Organizations

This piece from ten years ago by Rabbi Prof. Marc Shapiro, which was written for the Rabbi Abadie website, was circulating on my Facebook page this morning. I never saw it before, enjoyed it, and thought others would find it interesting. I asked Marc if I could post it: He said sure.

Message: I have noticed that many people don’t understand the basic shitah of this website. With your permission, let me clarify something.
Rav Henkin, who together with R. Moshe Feinstein was the leading halakhic authority in the U.S. in the 1950’s and 1960’s, is quoted as saying that the entire basis for the existence of the kashrut organizations is the view of the rashba. What did he mean by this?
There is a machloket rishonim and the rashba holds that if a non-Jew, in the normal process of making a food product, adds some non-kosher element, even a very small percentage, then it is not batel. Bittul only works when it falls in by accident. This view is known by those who study Yoreh Deah since it is quoted in the Beit Yosef.
If you look at any of the standard Yoreh Deah books you will find, however, that the halakhah is not in accordance with this rashba. Rather, any time the goy puts a small amount of treif into the food it is batel, even if it is intentional on his part. There is a famous Noda Biyehudah that discusses this at length. See Mahadura Tinyana, Yoreh Deah no. 56 where he permits a drink that was produced using treif meat in the production but the amount of meat was very small and could not be tasted. He states that it is permissible. There is a Rama who has a teshuvah and states similarly. (I am sure if you describe the Noda Biyehudah’s case to people, even learned ones, and say that there is a contemporary rabbi who permits this, they will mockingly refer to him as a Conservative or Reform rabbi since in their mind no “real” rabbi who knows halakhah could ever permit something that has non-kosher meat in it!)

So now we can understand R. Henkin’s comment. If you go to the kashrut organizations’ websites and speak to them they will tell you that you need the hashgachah because sometimes the runs are not properly cleaned between kosher and non-kosher or milk and meat and some slight amounts of the objectionable ingredient might remain (yet here even rashba will agree that it’s not a problem!), or they tell you about release agents or that small amounts of ingredients are not listed on the label, etc. etc. The rashba indeed holds that these last cases are problematic, but the halakhah is not in accordance with the rashba. The hashgachot have raised the bar and are now operating at a chumra level here as well as in other areas. But the average person has no idea about any of this and has never even heard about the concept of bittul. Even if you explain the concept of bittul to him, his response will be: “OK maybe this is the strict halakhah, but I’m not starving so why should I eat something that we had to rely on bittul for. A person who cares about kashrut won’t eat something that has even the smallest amount of treif.” Since people haven’t been educated about the halakhot, they assume that bittul is a kula to be used in emergency situations, and it is not their fault that they believe this, since this is the view that the kashrut organization hold and publicize.
There is a good article waiting to be written about how in the last thirty years we went from halakhah to chumra when it comes to food issues.

Pardes 40: 3 pp. 12-13 and you will see that in 1965 the Israeli chief rabbinate held exactly like your father. The article is written by R. Shimon Efrati, head of Kashrut for the Chief Rabbinate

Afterword: In today’s email from Marc he adds “but it was pointed out to me that my description is too simplistic. E.g., R. David Zvi Hoffmann accepts the Rashba halakhah le-maaseh.”

Have a Zissen Pesach. Hag Kasher veSameach.
I have been very busy the last few weeks. I am still here and the blog will return with regular updates starting after the holiday. 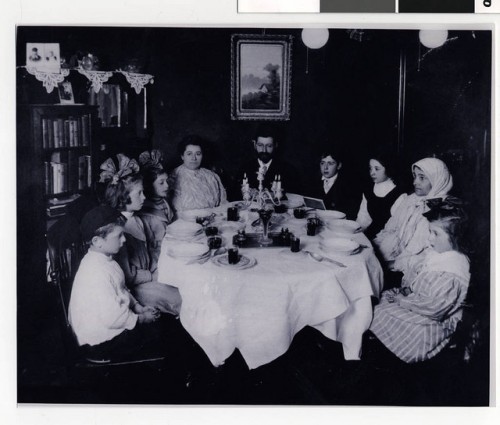 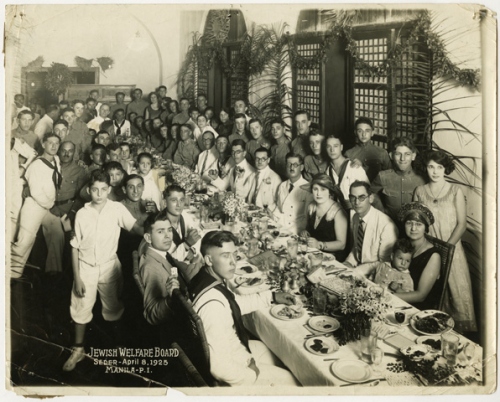