The Soncino Bible editor Abraham Cohen “The Message of the Bible”

Before Artscroll, the major producer of Judaica in English was from very British Soncino Press and their offshoots. I just read an essay by the editor of the Soncino Bible Abraham Cohen, “The Message of the Bible.” It give us a nice contrast to both the recent more historical-critical volumes as well as to the less urbane Orthodox Judaica.

David Ruderman, the historian of Early Modern Jewry, states that British Jews had as “their unarticulated ideal was that of upper class gentility.” British Jewry did not retain the study of Hebrew unlike elsewhere. They undertook massive translation projects. Most British Jews knew their Judaism only through English translations- and it was couched in English non-Hebraic terms- hence their religious attitudes and behaviors came to resemble their English Protestants and their language sounded like the King James Bible. When discussing Jewish theology, Jews drew on Christian arguments for answering atheists and deists; They used Locke, and Newton, not Mendelssohn or Hirsch.

Abraham Cohen (1887-1957) was the editor of the Soncino Books of the Bible and participated in the Soncino translation of the Talmud and Midrash. He attended Cambridge and Manchester then earned a Ph.D. from the University of London. His Sieff Lectures on Preaching at Jews’ College were published as a wonderful handbook of guidance in preparing and delivering a sermon. He wrote popular scholarly works as Everyman’s Talmud and The Soncino Chumash. He was the rabbi of the Minhag Anglia Birmingham Hebrew congregation, an Orthodox synagogue. The essay is wonderful for showing how he understood the Bible, how he responded to Biblical criticism, and how he accepted Edwardian natural theology. Marc Saperstein has a nice article available online on WWI sermons contrasting Cohen’s Anglican Orthodoxy, which stressed God’s sovereignty and mastery over human history with the Liberal Rabbi Israel Mattuck who was agnostic and more Unitarian in his call to look to man for salvation and how modern people do not look to God. 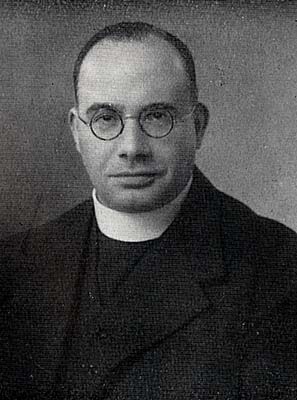 The essay is part of an anthology called The Jewish Heritage Ephraim Levine (1955) The volume is a home companion to introduce Judaism with chapters on the Bible, Jewish ceremony, Rabbinics, Philosophy, Ethics, Codes, and the Land of Israel.

The essay opens with a broad introduction that the Bible is a library of books, heterogeneous, and not speaking one word. The Biblical authors wrote based on their expectations for the times and current events, as well as based on their personal circumstances. What holds all these books together is their “unity of principle” in teaching “the revelation of God’s will as the controlling force in the life of man and laws for the government of the Israelite community.” The Bible provides individual and collective testimonies to the saving power of God. The book blends religion and morality with history

Cohen compares the Bible to a symphony in that simple melodies recur with variations and expositions. The simple message is the relationship of God and man, the purpose of the book is to reveal God to man, which is the meaning of the phrase that man is made in the likeness of God. The existence of God and his revelation are an axiom. Genesis teaches an “exulted view of man” in which in each man there is a spirit which is divine in origin and subject to the will of God.” Cohen writes of the Garden of Eden that “this allegory framed in language understandable by the primitive mind” Ultimately, the book teaches that “God’s desire is that man should be happy”

The Bible shows in many places the need for revelation, for example in the book of Job it says “can thou find out the deep things of God.” The Bible teaches a limitation of human intellect and inadequacy of reason for understanding the mysteries of the universe and human living.

Cohen follows the natural theology of the early twentieth century. The message of scripture does not depend for its vitality” on belief in doctrines but “upon its claim to be the communication of God to man.” This revelation was made through four media, nature, direct utterance, indirect intimation, and human experience.”

The first category: From the natural phenomena who know of God’s eternity, wisdom, infinite power, and mercy.
The second category: “To Moses, as well as to Israel, revelation assumed this direct form and in this respect he was an exception…the corpus of religious and ethical teaching and social legislation which he was instrumental in delivering to Israel from God is known as Torah…” Prophets were not just preachers rather “they had consciousness that they were the spokesmen of God.”
The third category, God was deduced from contemporary events. The Biblical figures saw their destiny.
The forth category is direct human experience where we sense God.

Cohen rejects the nineteenth century Protestant Biblical criticism which denigrated Judaism as a tribal legalistic, and priestly religion that was rejected by the prophets. He rejects the critics who claim that there was evolution from the primitive Judaism to the developed prophets.

Cohen shows that the Bible has both tribalism and universalism without an evolution from the former to the latter. Al the world blessed and Israel as Gods firstborn. The Bible was produced by one people but speaks to all men. He shows that one cannot use the divine name to separate the Pentateuch into authors. Cohen also shows that there are not two voices in the Bible one in favor of priest cult and one against.

Cohen concludes that the Bible is formulated in ethical and not doctrinal terms, It teaches ethical monotheism, and to do the right and just. Does it have any message for today? To teach: Dignity and value of every human being, overcome wealth inequality, enduring peace.

This theological view of the Bible does not fit any of our contemporary Jewish denominations. Cohen’s Jewish statement that “the revelation of God’s will as the controlling force in the life of man… The Bible provides individual and collective testimonies to the saving power of God.” is not far from the Anglican-Catholic definition that “the authentic record of God’s revelation to man and is a revelation valid for all men and all time. In the Bible we have God’s revelation of Himself, His saving activity, and moral demands.”

Cohen’s theological vision is not much different from that of Christina Hayes of Yale in her new introduction to the Hebrew Bible, see here for summary

Louis Jacobs published his critical questioning of the Bible, his questioning of Biblical morals, and questioning of revelation just two years later. Any thoughts on how far Cohen’s natural theology was from Jacobs’s analytic criticism?

Starting in 1969, Rabbi A.J. Rosenberg produced the Judaica Press Hebrew-English Prophets and Holy Writings which mainly replaced the Soncino series. The Soncino edition itself was redone by Rosenberg who removed the References to non-Jewish authors.

As a side point, Cohen was active in interfaith work and in 1933 gave the first speech from a Church pulpit in Birmingham.

“Rev Abraham Cohen gave many memorable and powerful speeches on behalf of the Jewish community. His arguments were remarkable not just for their passionate defiance of Hitler’s Nazi regime, but also for their critique of the roots of prejudice, which he attacked as the universal enemy of the ‘oneness of the human family’.
The setting on this occasion, Carr’s Lane Church, was highly symbolic. It was the first time that a Jewish preacher had been allowed to talk at the Christian pulpit. The crisis in Germany had re-opened the dialogue between Jewish and Christian faiths to establish a socially progressive message of mutual religious support.
Meanwhile, the significance of Cohen’s appearence at Carr’s Lane is further heightened when we remember that the same church was at the forefront of Birmingham’s nineteenth century campaigns against slavery, when J.A. James, a close friend of Joseph Sturge, was minister of Carr’s Lane.